Explore our region and see everything Eastern North Carolina has to offer. 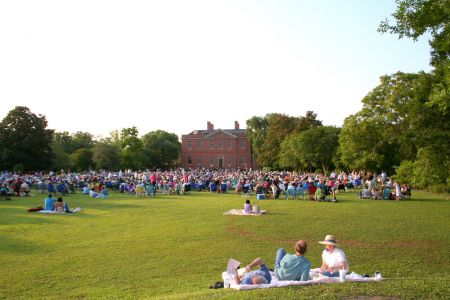 Eastern North Carolina has a rich heritage and holds a significant place, not only in North Carolina history, but the United States as well. The first English settlement occurred here – founded by Sir Walter Raleigh in 1597 on Roanoke Island – known today as The Lost Colony. Virginia Dare was the first person of English descent born in America, but she, and all the original colonists vanished with few traces of what fate befell their small, but rugged group. North Carolina’s oldest continuous settlement, Bath, is here, as well as the first colonial capital of North Carolina, New Bern – settled by German and Swiss immigrants in the early 1600’s. While the region became a major supplier of naval stores, then cotton, and later tobacco and remains a diverse and productive agricultural region today, its leaders realized connectivity to inland areas of North Carolina was crucial to the development of the region and the state, so they built ‘plank’ roads to connect inland ports like Greenville with points further west.  In the 1850’s, a public/private partnership was formed by the state to build a railroad, beginning in Goldsboro, that would connect the Port of Morehead City to what would become the great industrial cities of the Piedmont – Durham, Greensboro and Charlotte. This new ‘lifeline’ also stimulated the development of eastern NC cities, allowing Kinston (originally Kingstown)and Goldsboro to become manufacturing and distribution centers as well.

Fertile soil, rushing rivers, and railroads also led to the development of the cities of Wilson and Rocky Mount; both cities experienced the early development of tobacco and textile processing activities as well as the manufacturing of apparel, farm equipment and industrial machinery to grow their economies. Both of these cities experienced significant industrial growth after the construction of Interstate 95 – East Coast Main Street – connecting New England to Florida.  In the 1960’s and 70’s these cities benefitted from being roughly at the mid-point from Boston to Miami, attracting Fortune 500 companies like Abbot Labs (now Hospira, a Pfizer Company), Firestone (now owned by Bridgestone), and Honeywell among just a few.

Two other cities experienced growth primarily as a result of two key developments – one having near immediate impact and the other slowly developing over more than half a century.

Greenville became one of the two largest cities in the region as a result of convincing state leaders it should be chosen as the site for a new normal school for teachers – East Carolina Teachers Training School – in 1907.  The school opened in 1909, became a four-year college in 1921 (East Carolina Teachers College) and a University in 1967.  Today, East Carolina University is the third largest in the UNC system with over 29,500 students, 19 colleges and schools (including Business, Engineering/Technology and Medicine), and nearly 5,600 employees.  The Greenville metropolitan areas has approximately 180,000 residents.

The City of Jacksonville nearly sprung up overnight with the creation of a Marine Corps training camp in 1941 to support the war effort. MCB Camp Lejeune is now one of the largest military installations in the world; it prepares warfighters for combat and humanitarian missions abroad and takes advantage of 156,000 acres, 11 miles of beach capable of supporting amphibious operations, and draws military forces from around the world on a regular basis for bilateral and NATO-sponsored exercises.  As a result of the growth of Camp Lejuene, Jacksonville is now a metropolitan area of over 197,000 residents.